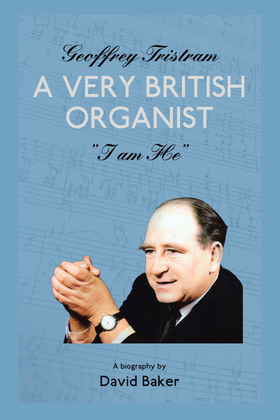 A Very British Organist "I Am He"
by David Baker (Author)
Buy for $4.99 Excerpt
Nonfiction Biography & autobiography Composers & musicians
warning_amber
One or more licenses for this book have been acquired by your organisation details

For nearly thirty years, Geoffrey Oliver Tristram (GOT) was the celebrated Organist and Master of the Choristers at Christchurch Priory. He set a high standard for both organ performance and choral direction still widely revered and celebrated. This book charts GOT’s life from his birth in Stourbridge, Worcestershire, in 1917 to his sudden death at the age of just 61. It looks at his career as student, teacher, choirmaster, accompanist and, especially, celebrated recitalist, at home and abroad. Drawing heavily on primary source material, including family archives and photographs, the book is complemented and underpinned by the memories and reminiscences of relations, friends, colleagues, peers, and others. It includes many contemporary reviews of his performances, right from his early days as a teenage Fellow of the Royal College of Organists until his last masterly recitals. Appendices give details about Tristram’s recitals, broadcasts, and recordings, alongside specifications of the instruments at Christchurch Priory. The book also provides access to a selection of previously unreleased recordings made in the 1960s and early 1970s. Geoffrey Tristram: A Very British Organist, paints a rich picture of the man (husband, father, friend) and the musician, a player who had a significant influence on generations of organists and singers.