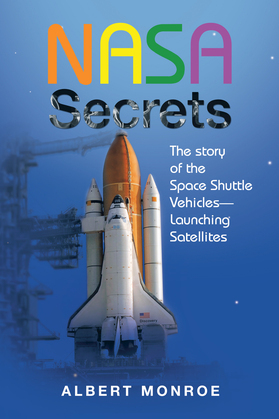 by Albert Monroe (Author)
Buy for $3.99 Excerpt
Nonfiction Science and technics Technology & engineering Mechanics Aeronautics & astronautics
warning_amber
One or more licenses for this book have been acquired by your organisation details

This book, NASA Secrets is the story about the days of NASA when the six orbiters, or Space Shuttles came into existence. Prior to the Shuttles, the only way to launch satellites were off, of unmanned rockets. We needed a better system. In the late seventy’s, the Shuttle program was created, built, and used to put bigger, and more powerful satellites into orbit.
As a trainer my team and I trained many of the Air Force Engineers, and many various contractors, technicians, even those Astronauts, to launch satellites from the shuttle, into various type orbits.
I take you through, what I called the Cradle to Grave concept, the life of the Space Shuttle from the manufacturer plant to the testing, and down to Kennedy Space Center, preparation for launch, and the actual launch from one of the two pads.
The program lasted approximately thirty years, and many accomplishments were made during that span. Some even changed our lives. Unfortunately, due to overruns, costs, and other setbacks the program was cancelled.
I cover the two main accidents, the Challenger, and the Columbia crashes. Then, I explain our satellite communication system, called TDRS, the International Space Station, Hubble Space Telescope, and the new James Webb Telescope.
It is a remarkably interesting and informative read, where everyone, all ages can enjoy it.