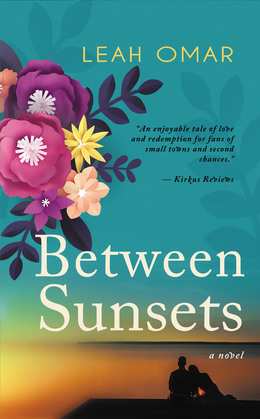 by Omar,Leah (Author)
Buy for $9.99 Excerpt
Fiction Romance Contemporary
warning_amber
One or more licenses for this book have been acquired by your organisation details

Camilla Bergland has never called anywhere home, happy to be tied to no one and no place. A citizen of the world, she thinks the only real roots she has is her grandparents’ lake cottage in Wheaton, where she spent every summer of her nomadic childhood. So when her grandparents need help, she volunteers to spend the summer with them while she figures out her next move.

What she didn’t anticipate was relishing the precious time with her grandparents despite her grandmother’s increasingly heartbreaking Alzheimer’s, small-town life, and reconnecting with childhood friends.

All roads in Wheaton seem to lead to Jake Abram, her childhood crush and the person she spent her summers following around, but the kindhearted Jake she had idolized seventeen years ago has become a different person. He’s rude, edgy, and likes to remind Camilla that while she’s been traveling the globe, she’s also been neglecting her grandparents and their growing needs. Unfortunately, Jake’s the only one who can help her fix up her grandparents’ rundown lakefront cottage. Before long, she’s made a deal with the devil. He’ll help Camilla renovate the cottage in exchange for her decorating his lake home next door.

The more time they spend together, the more she remembers why she used to like him back in the day. But can their growing attraction survive the secrets he’s keeping and Camilla’s determination to always leave before she can get hurt?