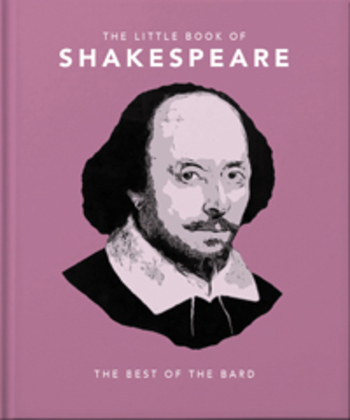 The Little Book of Shakespeare

Timeless Wit and Wisdom
by Orange Hippo! (Author)
Excerpt
Nonfiction Biography & autobiography Literary Literary essays
warning_amber
One or more licenses for this book have been acquired by your organisation details

'He was "not of an age, but for all time".' (Shakespeare's contemporary Ben Jonson)

No writer, before or since, has matched Shakespeare in terms of influence, critical acclaim or popular success. His genius lay in his sheer dramatic skill, his powerful use of imagery and his astonishing ability to create richly imagined characters. Packed full of the Bard's clever insights, witty asides and timeless nuggets of wisdom, and complemented by fascinating facts about his life and talents, this Little Book showcases some of the most remarkable lines ever crafted in the English language.

SAMPLE QUOTES:
'What's in a name? That which we call a rose By any other word would smell as sweet.' - Romeo and Juliet, Act 2, Scene 2

'We are such stuff as dreams are made on, and our little life is rounded with a sleep.' - The Tempest, Act 4, Scene 1

'Cowards die many times before their deaths; The valiant never taste of death but once.' - Julius Caesar, Act 2, Scene 2

SAMPLE FACT:
There is evidence that Shakespeare wrote a play called Cardenio, which was performed by the King's Men in 1613. No known copy of the play exists today.