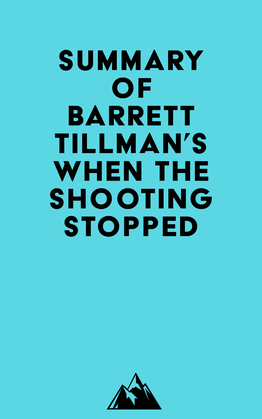 Summary of Barrett Tillman's When the Shooting Stopped

#1 The American Pacific Fleet was edgy as rumors circulated that Tokyo was about to surrender. The Japanese empire had been shrinking since 1942, and the elected government was irrelevant.

#2 The two-week Allied conference in Potsdam, Germany, which had begun on July 17, finished on August 2. The conference was primarily focused on the immediate postwar situation in Europe, but it also required Tokyo’s unconditional surrender.

#3 Truman’s British counterpart during the Potsdam Conference was Winston Spencer Churchill. Churchill was a product of an aristocratic father and a promiscuous American society beauty mother. He had little experience in government, but he had killed in combat and retained an inner fierceness that sometimes belied his jowly exterior.

#4 Churchill was a war hero, but he was also a hard-working lawyer, financier, and politician. He had yearned for military service, but was refused at age 31. He survived the disastrous Gallipoli campaign, and was wounded fighting in Iraq at war’s end.