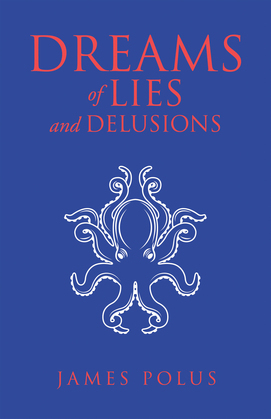 Dreams of Lies and Delusions

by James Polus (Author)
Buy for $3.99 Excerpt
Fiction Action & adventure
warning_amber
One or more licenses for this book have been acquired by your organisation details

A fictitious historical tale set in a lost civilization of South Asia, “Dreams of Lies and Delusions” is a speculation about the existence of elaborate texts detailing the people and events of their times, well before the appearance of books. Like many of the sophisticated cities in ancient times, this fanciful chronicle of a lost writing system did not survive the passage of time, shifting climates, earthquakes, floods, and destructive invasions. Imaginative oral traditions filled the void for thousands of years.

The story depicts the challenges of justice, the fight for equality, and the human drive for purpose. Malevolent and baneful characters influenced by pride, revenge, and desire for power show the twisted, murderous influence of extreme personality disorders, manifested in dreams and imaginary visitations. A vengeful ruler, a serial killer, and a religious zealot poison their minds with lies and delusions, fomenting evil acts and ultimate self-destruction.

Remarkable women characters fill the pages with acts of courage, wisdom, and shrewdness. These characters remind us of the untapped potentiality of women in every aspect of life across the world, particularly in some cultures chained to conservative ideologies.