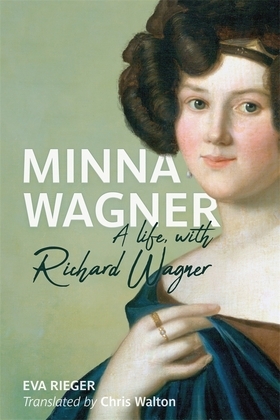 When Richard Wagner first met Minna Planer in 1834, he was an unknown conductor, she a popular actress. His hectic pursuit of her affections culminated in marriage in 1836. Minna endured poverty with him, nursed him through chronic illness, followed him across Europe as he fled from creditors and pursued his artistic goals, and sought to provide him with the stable domestic and erotic life that he craved. He played his works to her as he wrote them, up to Tannhäuser and Lohengrin, and set store by her opinions. But when he went on the run as a wanted revolutionary, Minna only reluctantly followed him into Swiss exile.

Domestic peace tentatively prevailed, but was ultimately destroyed by Wagner's passion for Mathilde Wesendonck. In 1858, he and Minna separated, she returned home to Germany, and subsequent efforts at reconciliation proved ultimately impossible. They remained married, however, until Minna's death in 1866.

Despite having been at Richard's side as he matured into the composer of the Ring and Tristan, Minna has been given short shrift by most Wagner commentators. In Eva Rieger's acclaimed biography, translated into English by Chris Walton, the author reveals Minna as a self-assured woman and artist who played a crucial role in the creative life of her husband.