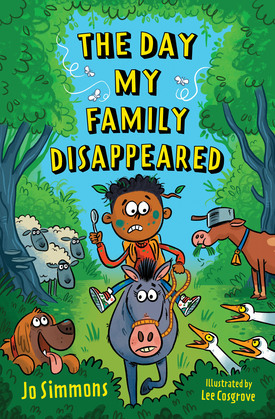 The Day My Family Disappeared

Home Alone meets Adrian Mole in this hilarious madcap adventure from the bestselling author of I Swapped My Brother on the Internet.

Bob Bunyon is fed up. In a family full of artists and performers, he’s the one with no talent, the one bypassed by the creativity gene – and his four siblings just won’t let him forget it. Finally sick of being taunted for being so "normal”, Bob wishes that his family would all just disappear, but he doesn’t really expect his wish to come true!

When he wakes the next day to find everyone gone, Bob’s initial delight quickly turns to worry. Does he have supernatural powers? Is he the only survivor of a zombie apocalypse or an alien invasion?

Gathering all his courage, and employing survival skills learned from TV endurance shows, Bob sets out to find his missing family ...