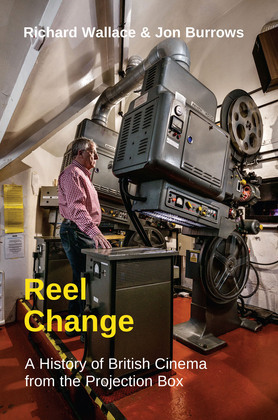 Ten years ago, a technological revolution swept through cinemas around the world, as analogue projectors were replaced with digital equipment. It was not just the plastic medium of film that was removed from projection boxes during this transformation; most cinemas took this opportunity to also evict the human projectionists who were hitherto in charge of screenings. Projectionists had been hidden from the sight of audiences for most of the history of photographic moving image projection, and their redundancies went largely unnoticed and unremarked upon.
This book focuses attention on what has been happening behind film spectators' heads for the past 130 years, and attempts to write the history of cinema in Britain from the perspective of its habitually overlooked and undervalued projectionists, beginning in the silent era and continuing to the present day. Drawing upon extensive archival research and lengthy interviews with former projectionists, it documents the key facets and challenges of their work, and how these evolved in response to previous waves of significant technological change. It evaluates how projectionists helped to design and maintain key aesthetic characteristics of the 20th century big screen experience. It shows how the institution of cinema in Britain has been historically underpinned by the harsh exploitation of projectionists by many employers, detailing inadequate wage levels and poor working conditions that formerly provoked government investigation, and explaining why these problems were never successfully ameliorated by trade unions. It also charts in depth the recent fateful transition to digital projection, delineating how and why projectionists were so swiftly and ruthlessly consigned to the past, and assessing whether this form of entertainment should be considered diminished by their super session.