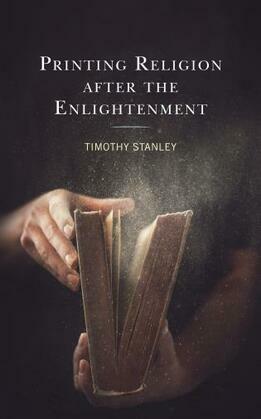 Printing Religion after the Enlightenment

by Timothy Stanley (Author)
Buy for $45.00 Excerpt
Nonfiction Human science Philosophy Religious Religion History of religions
warning_amber
One or more licenses for this book have been acquired by your organisation details

Over the course of the seventeenth to eighteenth centuries, an interior private notion of religion gained wide public recognition. It then spread through settler colonial contexts around the world. It has since been criticized for its abstract, immaterial nature as well as its irrelevance to traditions beyond the European context. However, such critiques obscure the contradiction between religion’s definition as a matter of interior privacy and its public visibility in various printed publications. Timothy Stanley responds by re-evaluating the cultural impact of the exterior forms in which religious texts were printed, such as pamphlets, broadsheets, books, and journals. He also applies that evidence to critical studies of religion shaped by the crisis of representation in the human sciences. While Jacques Derrida is oft-cited as a progenitor of that crisis, the opposite case is made. Additionally, Stanley draws on Derrida’s thought to reframe the relation between a religious text’s internal hermeneutic interests and its external forms. In sum, this book provides a new model of how people printed religion in ways that can be compared to other material cultures around the world.