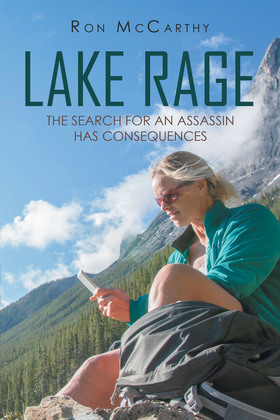 The Search for an Assassin Has Consequences
by Ron McCarthy (Author)
Buy for $4.99 Excerpt
Fiction
warning_amber
One or more licenses for this book have been acquired by your organisation details

A fruit barrow blocks traffic and Len’s niece Liana suffers shock in an assassination attempt on Minister Gareth Adams. Friends take her home to Khancoban where Len joins them. Phil, Liana’s boyfriend, and his mother Jane, stay to help Liana recover. Len meets the uncle of a recently migrated young girl who invites him to visit the Murray-2 Power Station there. On the drive back to Morisset Len escapes a murderous attempt by three hooded attackers.

Len’s an elite coach brought by Adams to coach their newly promoted football team. Raised in Termez where 100,000 Soviet troops were stationed during their war with Afghanistan, Len defends himself with street-smart skills.

Detective Inspector Beryl Stone phones Len asking him for local knowledge, particularly the elderly, as the weapon was a 0.303 service rifle. Joe, a retired miner and supporter of the team, helps.

Beau, a tree lopper who’s moved from country Queensland, is asked to use his drone to help Len’s coaching. Len is attacked a second time, leaving to pick up Beau to see the assassination site. Len is mystified by these attacks.