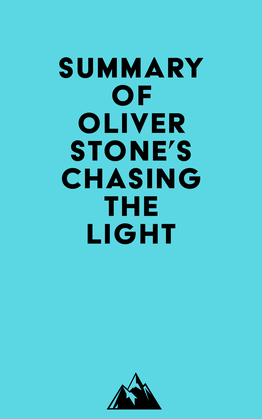 by   Everest Media (Author)
Buy for $2.99 Excerpt
Nonfiction Biography & autobiography Entertainment & performing arts
warning_amber
One or more licenses for this book have been acquired by your organisation details

#1 I was coming up on thirty, and I was broke, but I didn’t want to think about that anymore. I was drifting through the crowd to the bottom of the island, past the barbeque families waving little flags back at the ships, lugging their ice chests and folding chairs.

#2 In the harbor, I can imagine my mother’s eyes, coming from a terrible war that nearly destroyed human civilization, sailing past on that icy deck. She must have wondered who were these barbaric creatures who built these granite towers so high into the sky.

#3 My mother, Jacqueline Goddet, was a natural rebel. She finished her baccalaureate at age eighteen and went on to attend the prestigious Racing Club of Paris. She was a coquette, and she enjoyed the attentions of several sophisticated men.

#4 The tide of war began to shift in 1943 with the shocking Soviet victory at Stalingrad. The Red Army began pushing the Germans back across Russia into eastern Europe, while the Allies bogged down in Italy. In August 1944, the Allies made their D-Day landing in western Europe and liberated Paris.