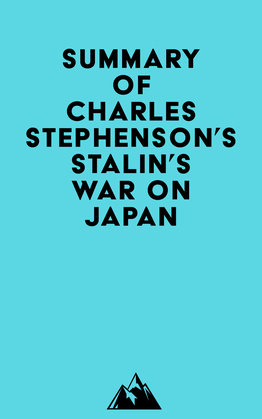 #1 When the ‘Big Three’ - Winston Churchill, Franklin Roosevelt, and Joseph Stalin - met at Yalta for the Argonaut Conference from 4 to 11 February 1945, the defeat of Nazi Germany was plainly imminent. American, British, Canadian, and French armies were advancing on Germany’s western border and had defeated the Ardennes counteroffensive.

#2 The Agreement Regarding Entry of the Soviet Union into the War Against Japan was signed on 11 February 1945. It gave Stalin all he wanted, in return the Soviet Union would enter the war against Japan two or three months after Germany has surrendered and the war in Europe has been terminated.

#3 The final article of the agreement stated that the Kuril islands would be handed over to the Soviet Union. The Chinese government was not informed of these agreements, as Roosevelt feared security leaks would reinforce the heavily fortified border regions with the Soviet Union.

#4 Stalin was a bloodthirsty tyrant, but he was also a realist who knew what he wanted and got it. He did not spring these demands unexpectedly. He had raised the points well beforehand, and it is doubtful that he deceived his allies into cajoling him into a war that he was all along determined to enter when the time was ripe.