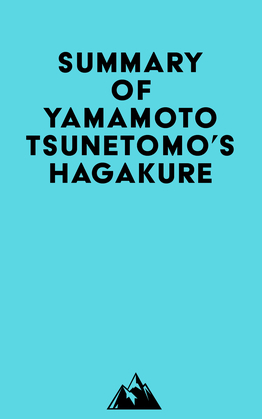 by   Everest Media (Author)
Buy for $2.99 Excerpt
Fiction Classics
warning_amber
One or more licenses for this book have been acquired by your organisation details

#1 The term bushido refers to the Japanese traditional martial arts, and it is synonymous on the one hand with strength, masculinity, fearlessness, honor, and transcendence, and on the other hand, callousness and cold-hearted brutality.

#2 Hagakure is a famous Japanese text that was written by Yamamoto Jōchō, a middle-ranking retainer of Nabeshima Mitsushige, daimyo of the Hizen province, in 1716. It is a collection of approximately 1,300 vignettes and contemplations of varying lengths, and it covers the people, history, and traditions of the Saga domain.

#3 The Japanese were beginning to feel their way as they tried to form a national identity, and the bushido tradition seemed like a perfect base upon which Christianity could be grafted and evangelized in Japan.