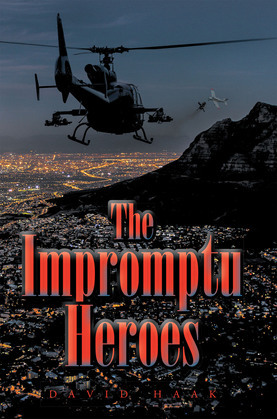 by David Haak (Author)
Buy for $9.99 Excerpt
Fiction Action & adventure
warning_amber
One or more licenses for this book have been acquired by your organisation details

Ross and Jade Compton, along with their tour group, are vacationing in the tropical paradise of San Bellevue. Everything is perfect until the small country is overrun by a force of rebel soldiers working for South American drug cartels. The rebels are led by a ruthless mercenary named Raphael Ramon, who has a reputation of doing whatever necessary to achieve the goal. In a short time, the country is in complete turmoil.

Selena, the tour guide, wants to get her people out immediately, but two in her group are missing. Selena and Ward, a former cop, go looking for them and find themselves in the middle of the rebel stronghold. There they find their friends but end up confronting and killing two rebel soldiers, making themselves wanted criminals. The best way out of San Bellevue is cut off when the airport is captured, leaving them hiding and stranded. The resort manager, Michela, helps Ross, Jade, and Selena come up with a plan of escape. The plan is only partially successful with Ross and Jade being left behind.

In order to make it home, Ross and Jade will have to do things they never dreamed of, killing included. When they expose the rebels’ plan for the country to the world, they become the most wanted and pursued people in San Bellevue. With the rebel force closing in, they must help their new friends, take care of themselves, and elude capture if they ever want to see home again.