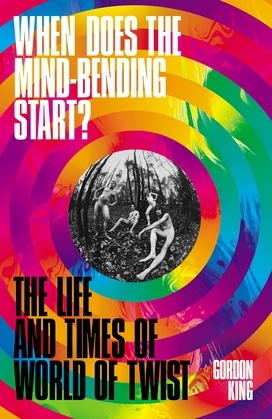 When Does the Mind-Bending Start?

The Life and Times of World of Twist
by Gordon King (Author)
Buy for $21.99 Excerpt
Nonfiction Biography & autobiography Composers & musicians Arts Music Rock
warning_amber
One or more licenses for this book have been acquired by your organisation details

World of Twist: the greatest lost band of all time.

While fame, glory and untold riches seemed like an inevitability for World of Twist at the turn of the '90s, the universe was simply not ready for a group of retro futurists, psychedelic adventurers and cosmic tunesmiths.

Too late for Madchester, too early for Britpop and too much fun to pigeonhole, the band went on to face a demoralising string of near-misses and 'what could have been's, ultimately falling apart in a medley of incompatible drugs, musical contretemps, sartorial differences and all-round shoulder-shrugging apathy.

But they burned bright and left an indelible mark on everyone who looked deep into their light...

Now, in When Does the Mind-Bending Start?, co-founder, guitarist and principal songwriter Gordon King tells the incredible inside story of his time with World of Twist, revealing the jealousy, anguish and personal demons experienced by the clashing personalities of King and the band's late singer, Tony Ogden.

This is a memoir of tragedy and triumph, comedy and drama, demise and recovery.