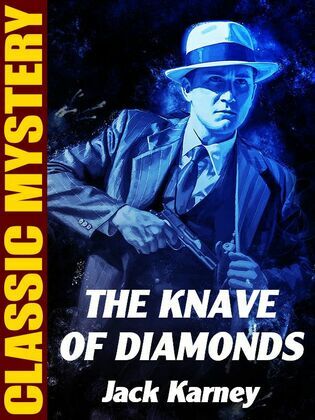 The Knave of Diamonds

by Jack Karney (Author)
Buy for $0.99 Excerpt
Fiction Mystery & detective Historical
warning_amber
One or more licenses for this book have been acquired by your organisation details

An ex-gob with the tattoo of an arrow-pierced heart on the outside of his left wrist—this was the description of the heister who had made away with a mint of ice from the Donahue mansion. Jim Breen, insurance investigator, knew at once that the burglar had to be his old friend, Barney Malin, the bookie.

But when Jim set out to recover the rocks, he found out that the diamond theft somehow was meshed in with the organized gambling in town. He not only had to contend with his old buddy, but with a lot of murderous new playmates, too—a bunch of tough gunsels whose only rule for play was that the roughest man wins...and the rest croak!