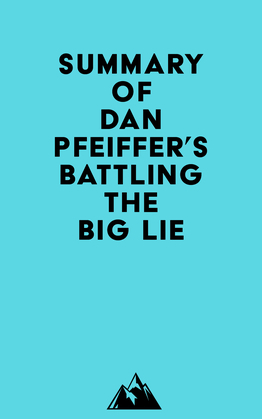 #1 I have been involved in politics for more than 20 years, and I have seen first hand the battle between the Republicans and the Democrats. While America is always quite divided, that division exists because of a shared set of facts and a mutual understanding of the challenges.

#2 In 2004, Tim Johnson, a Democrat, beat Thune, a Republican, by a margin of 524 votes. Republicans were convinced that voter fraud and media bias were to blame, and they did not accept the legitimacy of the election.

#3 The first of its kind, the conservative blogosphere helped fuel the Republican campaign to remove Daschle in exchange for the Black Hills of South Dakota. The old rules didn’t apply anymore.

#4 I can’t blame this initiative for the loss of Daschle, as the Democrats were hit with a tough election in 2007. However, I was disturbed by the fact that a random conspiracy theory mentioned by a Fox doofus could get a major network to fly across the globe to confirm that conspiracy theory.