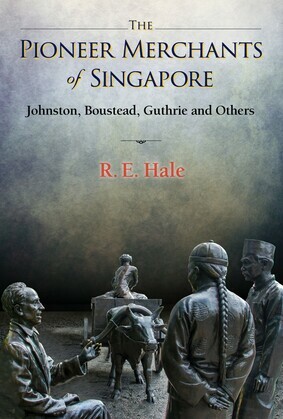 The Pioneer Merchants of Singapore

Johnston, Boustead, Guthrie and Others
by R E Hale (Author)
Buy for $94.00 Excerpt
Nonfiction Business & economics Economic history International Economics History History by country Asia Southeast Asia
warning_amber
One or more licenses for this book have been acquired by your organisation details

Pioneer Merchants of Singapore tells the stories of some of Singapore's earliest merchants, including Alexander Laurie Johnston, Edward Boustead, Alexander Guthrie, and eleven others, including Tan Che Sang, Dr Jose d'Almeida, and D S Napier. Much has been written about Sir Stamford Raffles and Lt. Col. Farquhar, but almost nothing has been published about these merchants of all races operating in Singapore during the first few years following its acquisition by the East India Company in 1819. It includes never-before-published information drawn from letters dating back to 1818. These, including letters from Johnston's first employee and business partner Andrew Hay and a previously unrecorded letter from Raffles himself, shed light on much which otherwise would have been lost to us.

This book aims to fill a gap in our knowledge of the early days of Singapore and the challenges faced by its early residents. It is a must-read for those who are interested in the history of Singapore's early years as a trading colony.