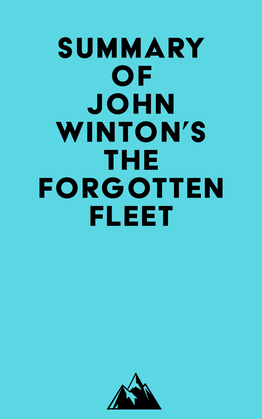 by   Everest Media (Author)
Buy for $3.99 Excerpt
Nonfiction Science and technics Technology & engineering Civil engineering Transportation
warning_amber
One or more licenses for this book have been acquired by your organisation details

#1 The attack on Force Z, which was the British battleship Prince of Wales, the battlecruiser Repulse, and four destroyers, was the end result of a train of unfortunate circumstances. By November 1944, when the British Pacific Fleet was formally in being, the United States Navy and Marine Corps had already won for the Allies nearly complete control of sea and air over most of the Pacific.

#2 The British Pacific and East Indies Fleets were a magnificent contribution by a nation 10,000 miles from the action who had already fought a war at sea for five years and over five oceans. But the American 3rd/5th and 7th Fleets were far larger and more powerful than both British fleets combined.

#3 The fall of Singapore was a dark and terrible episode for the Navy, but there were two gallant naval actions fought by Allied ships in the Java Sea on 27 and 28 February. Four cruisers and three destroyers were sunk in these actions.

#4 The Japanese raiders were Vice Admiral Nagumo’s formidable Striking Force, which included five of the six carriers that attacked Pearl Harbour. They attacked Colombo on Easter Sunday, 5 April, and sank the cruisers Cornwall and Dorsetshire.