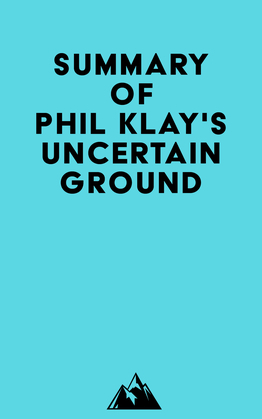 by Everest Media (Author)
Buy for $3.99 Excerpt
Nonfiction Literary collections Essays
warning_amber
One or more licenses for this book have been acquired by your organisation details

#1 I have always been drawn to the stories of violence in Iraq, even though I was never in any danger myself. I feel that by not talking about these experiences, we are failing to process them.

#2 I was given two weeks’ leave halfway through my deployment, and I went home to New York. At one point, I walked down Madison Avenue near where it intersects with Broadway. Suddenly, I felt the urge to weep. The images came back not as photographs, but as living memories.

#4 The day Osama bin Laden died, I learned that one of my former Marines was permanently blind. The Iraq War and the Afghanistan surge were both based on the success of the Iraq surge, which was an outgrowth of previous Iraq policy.