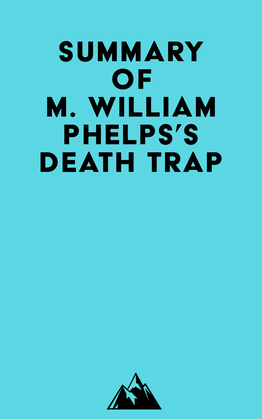 by Everest Media (Author)
Buy for $3.99 Excerpt
Nonfiction Social science Criminology
warning_amber
One or more licenses for this book have been acquired by your organisation details

#1 On February 15, 2002, as the ten o’clock hour came to pass, Joan Bates was stressed and worried. Her middle child, Alan, who was supposed to have arrived in Marietta from downtown Birmingham hours ago, had not shown up. The day before, Alan had flown from his home in Frederick, Maryland, into Alabama to give a deposition in a child custody matter he was pursuing.

#2 The Bates were anxious because they knew Alan usually called and said he was on his way, but he never did. They believed something was wrong, and they called law enforcement.

#3 The case became known to the HPD from that point on as a routine overdue motorist call. People didn’t show up where they were supposed to. The cops conducted a quick drive-by or knocked on the door.

#4 When McDonald arrived at the house, he found a note on the door asking him to come around to the back door. He knocked on the door, but heard nothing. He walked to the garage and could not see inside because of the materials covering the windows.