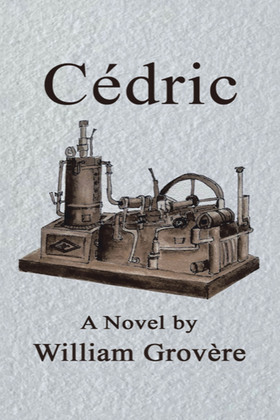 A Novel
by William Grovère (Author)
Buy for $3.99 Excerpt
Fiction Science fiction
warning_amber
One or more licenses for this book have been acquired by your organisation details

Cédric J. Rothschild was introduced in two previous novels, The Timecharger and La Charlière through second-hand accounts after Cédric's death. This book, Cédric, goes back in time to tell the life story of this remarkable scientist, discoverer, and inventor from the beginning. His hypothesis that the speed of light slows down in the vicinity of massive objects led to the discovery of microfusion, unlocking the energy source of neutron stars and ending once and for all the tyranny of fossil fuels. The discovery of microfusion and the subsequent discovery of antigravity took place in the small town of Saint-Michel-de-Maurienne in the French Alps. Cédric is a prequel, completing the trilogy of the William Grovére collection of novels. At a time when more wars and rumors of war over fossil fuels and petroleum blackmail stir once again in the world, Cédric offers a more optimistic view of what the future may hold for my grandchildren, who are Cédric’s contemporaries today.