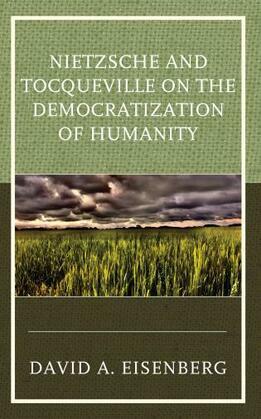 Nietzsche and Tocqueville on the Democratization of Humanity

by David A. Eisenberg (Author)
Buy for $45.00 Excerpt
Nonfiction History 1799-before 1945 Human science Philosophy Political Social science Political science Democracy
warning_amber
One or more licenses for this book have been acquired by your organisation details

To the extent that we worry about the future, we tend to do so with the apprehension that something may go terribly wrong. Nietzsche and Tocqueville on the Democratization of Humanity is animated more by the apprehension, what if everything should go terribly right? That foreboding indelibly colored the outlook of Friedrich Nietzsche and Alexis de Tocqueville—two thinkers seldom paired. As David A. Eisenberg argues, each in his own way envisaged the terminus toward which modernity speeds. Examining their thought allows us not only to glimpse the future that filled them with dread, but to survey a road that stretches back millennia to Athens and Jerusalem, when ideas about the primacy of reason and inborn equality of souls took root. Armed with such revolutionary teachings, a particular human type, namely the democratic, gained ascendancy. The reign of this human type portends to be so total that all other human types will be precluded in the democratic future, so that what mankind's democratization augurs is not the diversification of the species but its homogenization. The questions raised in Nietzsche and Tocqueville on the Democratization of Humanity are intended to broaden the horizons that history's democratizing forces conspire to contract.