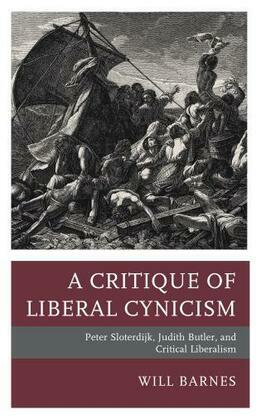 A Critique of Liberal Cynicism

Peter Sloterdijk, Judith Butler, and Critical Liberalism
by Will Barnes (Author)
Buy for $45.00 Excerpt
Nonfiction Social science Political science History & theory Human science Philosophy Social
warning_amber
One or more licenses for this book have been acquired by your organisation details

Where does Extreme Liberal Cynicism—so common in academic and popular culture—come from, and is it capable of solving the problems it identifies? A Critique of Liberal Cynicism: Peter Sloterdijk, Judith Butler, and Critical Liberalism identifies the motivations and resources within liberal cynicism and their potential for overcoming its pernicious extremes. Will Barnes describes Extreme Liberal Cynicism as a product of mourning, guilt, and the experience of powerlessness stemming from the trauma of holding liberal investments in a world in which these investments are vulnerable to ideological critique and seem to have failed. Extreme Liberal Cynicism seeks invulnerability through disavowing the efficacy of its constitutive ideals achieved via a reified hopelessness that eclipses trauma, guilt, and disempowerment leaving the cynic unhappy, alienated, hostile, obstinate, delusional, and desperate; thus, it is a failing self-defense mechanism. Barnes argues that although Extreme Liberal Cynicism is rationally unjustifiable and intrinsically harmful, it also contains the impetus for a reappropriation of its complex desires and losses. This adjustment could compel the extreme cynic to maintain a moderate critical liberal cynicism committed to critiquing and reinvigorating its constitutive ideals of freedom, equality, and justice, and thereby contribute positively to progressive politics.