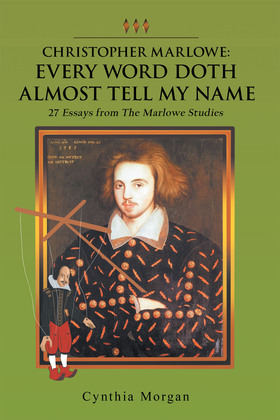 27 Essays from the Marlowe Studies
by Cynthia Morgan (Author)
Buy for $3.99 Excerpt
Nonfiction Literary essays
warning_amber
One or more licenses for this book have been acquired by your organisation details

These essays from The Marlowe Studies give the Shakespeare authorship evidence for Christopher Marlowe that has been overlooked by traditionalists resistant to the idea someone other than the Stratford man wrote the works. While the authorship debate continues, the words of Shakespeare himself sit silent on the sidelines. The essays herein bring his words into the spotlight and interpret them within the Marlowe context, so readers can decide for themselves whose autobiography they voice. Whether or not we believe Marlowe was the man behind a pseudonymous Shakespeare name, no invention is needed to see that these sonnets and plays answer our questions about his character, Baines’s Note, a staged death at Deptford, Thomas Walsingham, and the bestowal of the pseudonym. The essays also offer a new explanation for cryptic Sonnet 112, new information about the man
who sued Marlowe for assault, a look at the literary similarities between Marlowe and Shakespeare, an examination of the “heretical” papers in Kyd’s room, and an exploration of Marlowe’s Cambridge education that reveals how it shaped his plays and his ideas about religion. Signals for Marlowe being the true author of Shakespeare’s works are found in Ben Jonson’s authorship clues, the clues in As You Like It and Hamlet, and the eighteen clues in the Inductions to The Taming of a Shrew and The Shrew. Evidence is also given for Marlowe’s authorship of Venus and Adonis, the King Henry VI trilogy, and three anonymous plays: Edward the Third, The Troublesome Raigne of King John, and The Famous Victories of Henry the Fifth.