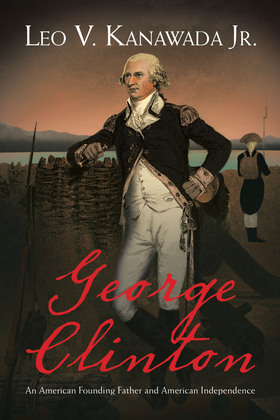 An American Founding Father and American Independence
by Leo V. Kanawada Jr. (Author)
Buy for $3.99 Excerpt
Nonfiction Arts Social science Political science History & theory
warning_amber
One or more licenses for this book have been acquired by your organisation details

In this enlightening snapshot of the early political life of George Clinton who unfortunately is overlooked by many colonial historians as one of America’s Founding Fathers, Leo Kanawada provides an enthralling case study based on trustworthy historical evidence and credible research of this prominent New York leader and his decision concerning American independence.
Most New Yorkers even most New York patriot leaders emphatically oppose independence as late as July of 1776. Even Clinton himself hedges and vacillates on the question of independence. This much is certain: Clinton does not openly advocate independence, either in the Continental Congress or in New York, prior to the Declaration of Independence; he has no systematic “democratic” program worked out for his colony; and even prior to his election as governor of New York, he advocates no revolutionary changes for New York.
To say that Clinton is a radical and that his decision regarding independence springs from an impulse for democratic reform in New York, is misleading. Rather, the key to understanding the emergence of Clinton rests primarily with Clinton’s popularity as a military commander.
In the years ahead, Clinton becomes the longest serving governor (21 years) in our nation’s history. As an antifederalist and as vice president of the United States for eight years under Jefferson and Madison, he is recognized nationally when he openly challenges Hamilton and his Federalist papers with his own “Cato” letters.
In them, as governor, he advocates forcefully for states’ rights, a Bill of Rights, a limited central government, and for programs to alleviate the growing economic hardships facing the country’s poor. All this while cautioning the nation about the glaring dangers in the rise of a powerful, political aristocratic class and the pitfalls of a strong presidency under the recently adopted United States Constitution.