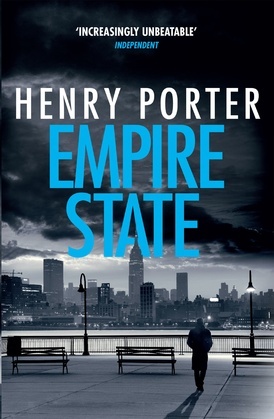 by Henry Porter (Author)
Buy for $17.00 Excerpt
Fiction Espionage
warning_amber
One or more licenses for this book have been acquired by your organisation details

“A powerful, propulsive piece of thriller writing...Porter has consolidated his reputation for writing some of the best espionage thrillers around.” —Guardian (UK)

The head of the US National Security Agency is assassinated in spectacular fashion at Heathrow. An airport employee and his family are found murdered in their council house in Uxbridge. In New York, a fashionable Upper East Side osteopath receives two postcards showing the Empire State Building. A group of migrant workers are brutally gunned down in Macedonia.

Legendary spy Robert Harland is drawn back into a world he thought he’d left behind with a dual role for the UN and MI6 in the nail-biting quest to find the link between these apparently random events.