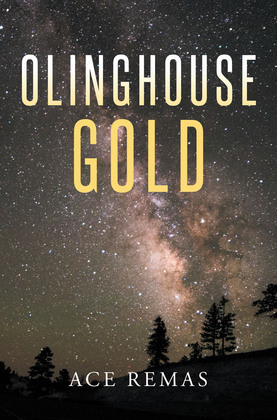 by Remas,Ace (Author)
Buy for $9.99 Excerpt
Fiction
warning_amber
One or more licenses for this book have been acquired by your organisation details

Luigi Rossi measured success differently than most. For him, true success was a glass of red wine enjoyed on the porch of his decrepit cabin in the Nevada desert under the mantle of the Milky Way, the well-being of his two children and his sick wife, and the satisfying labor of quietly toiling in the familiar confines of the gold mine, which was bequeathed to him in lieu of wages.

After illegal immigrant Tony came to hide out in the desert, Luigi found the kind of success most dream about, a glistening field of crystalline gold jewels worth millions. Then his real troubles began. His beautiful daughter could not resist the temptation to ferret away gold samples she sold on the black market. Her husband meekly acquiesced to her thievery, even though he knew it could destroy the life's work of his father-in-law. Luigi's mom-and-pop mining venture transformed into a business with investors, the impersonal dominance of technology and bookkeeping, and the contamination of deceit and dishonesty.

"Rich is business, poor is life," Luigi once lamented to his wife. Though he knew it was foolish not to be rich when offered the opportunity, he accepted success sadly. Could he, should he, abandon his simple but impractical values and just devote himself to acquiring and managing his millions? Wise and tempered by his years in the Nevada desert, Luigi crafts a way to protect his daughter despite her coarse dishonesty, satisfy his investors, and even save Tony from the long arm of the immigration authorities.