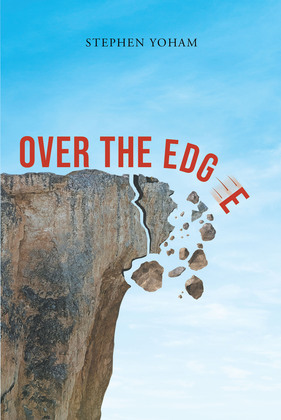 Off-duty United States Secret Service agent H. Hunter Mahoy is wounded while landing a gunfire-stricken jumbo jetliner at Miami International Airport. The surgeon who operates on him finds a suspicious fragment in his left shoulder and queries him as to its origin. Hunter is clueless.

His coworker, Agent Charles Minsk, takes the fragment to a private lab in Washington DC, where he soon learns that it's a highly miniaturized tracking device--or was, before it was struck by a bullet. The lab owner called it an implant and stated that because of its incredible sophistication and size, it had to have been manufactured by the government, possibly the CIA.

Charles, Hunter, and his fiancee, Morgan Lindsey, a reporter for the Washington Herald, determine that Hunter's implant is at least twenty years old. And he is not the only recipient of the nearly microscopic anomaly. Every person in the United States and many around the world have received one.

The public had been fed the lie that the implants were an immunization against deadly diseases and pandemics. As a result, the masses eagerly complied with receiving the inoculation. But now, some of the devices are beginning to fail, causing their hosts to do crazy--even deadly--things.

The CIA will stop at nothing to keep the truth about their tracking program and its problems a secret. Hunter, Charles, and Morgan need to warn those in immediate danger, including the president, before the CIA can stop them.