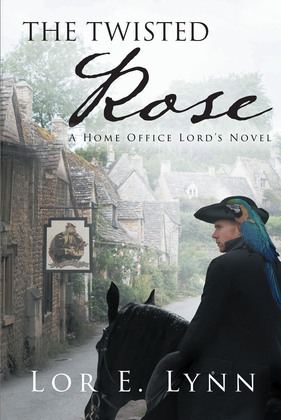 A Home Office Lord's Novel
by Lynn,Lor E. (Author)
Buy for $9.99 Excerpt
Fiction
warning_amber
One or more licenses for this book have been acquired by your organisation details

Being recently promoted to full-time member at the Home Office was a highlight for Lord Edgar Cortland, but it was quickly overshadowed by a series of missions that first sent Lord Blakely off to America after a kidnapping, then Lord Davenport to identify the imposter that was now the spy, B. Edgar himself has been tasked with investigating the Twisted Rose Shipping Company as well as locating the Duke of Greaves’s errant daughter. After situating a recently returned school friend into a position at the Home Office, both young lords head out.

When a young Lady Juliana Greaves left home, it was to escape the betrothal her stepmother was attempting to entrap her in. For four years she has been free to pursue other activities along with her schooling. But now her father insists she return home and enlists Lord Cortland to track her down. An amusing game of cat and mouse ensues.

The Home Office’s central investigation gets a lead, when suddenly their top suspect becomes the victim of a shooting. There are bigger issues threatening England than any of the lords realize. Which only leaves one question: Who is Thorne?