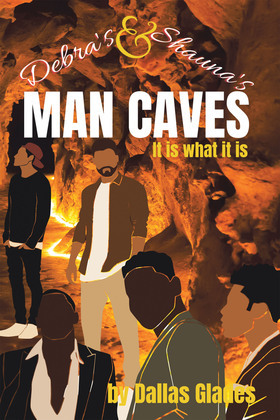 One man, Leeway Matchers Jr. and two women; Shauna Matchers-Poster, his daughter and Debra Amber, his niece from a half-brother are at the center of the story. Three mothers; Juniors Mother, Ms. Lezzy, His ex-wife, and Shauna’s mother, Marie Wyatt and Debra’s mother affectionately known as Mama shaped Junior’s life. What they have in common is their beginning, South Carolina. They were all born in South Carolina. The two cousins see each other after Marie’s mother’s funeral in South Carolina and promise to keep in touch before another funeral but that does not happen. When Shauna goes back to South Carolina for her father’s mother’s funeral, Ms. Lezzy, Debra makes sure Shauna does not get away this time. They exchange email addresses and phone numbers. After two years of emailing each other about their lives and sagas they are pulled to meet each other in person once again for another funeral. The circle of life takes them on a journey dating back two decades.

The world was challenging for the two young women sharing one indisputable fact, they grew up without their fathers. The women find that their strategies of living without a positive father figure as a role model may have clouded their judgments when it came to which type of men they should have allowed in their lives. Stories of molestation, rape, abuse, and betrayal are shared.

You will experience the struggles or at least get a glimpse of being a struggling African American single mother. Confessions of marrying the right and wrong man, abortions (before Roe vs. Wade was overturned), and military sexual trauma (women who fought for our country but died at the hands of their fellow military buddies). Experience issues like; returning to college as a middle-aged mother (before student loan debts were canceled), raising a child with epilepsy, dealing with child neglect issues, holding out for the right careers, child support, and raising Black sons in America before the Black Lives Matter movement.

Issues so heart-breaking they will make you laugh and cry at the same time. The cousins' “man cave” confessions will have you glued to every page as their journey to find the right man to unlock the man cave takes them into one eviction after another. This smart-witted, questionable-language-drama is filled with plenty of inspirational moments as the two cousins encourage each other to keep moving forward through prayer and praise.

Their lives are an open book of laughter, love, pain, and strength you will love.