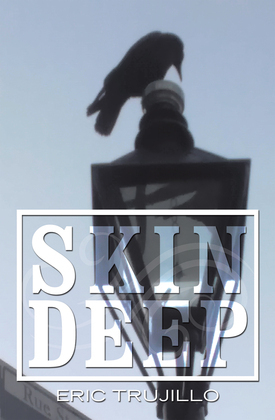 Volume I
by Eric Trujillo (Author)
Buy for $3.99 Download sample
Fiction Action & adventure
warning_amber
One or more licenses for this book have been acquired by your organisation details

Wayne Mallory is a news reporter for The Chicago News Register on vacation at his parents’ luxurious Louisiana enclave, a heaven for wealthy African-Americans in the racist south.
While there, he learns of the murder of a white sheriff’s deputy in the nearby town and goes there to get the details. Also on his mind is finding his first true love, a swarthy, curly-haired Cajun boy with eyes the color of amethysts named Andy Bourgeois, whom he met when he was fifteen and Andy, thirteen.
Both of his quests are fulfilled when he finds Andy, who is the police department’s public liaison officer.
Their reunion leads them onto paths seldom traveled in Louisiana, some of which are the best left alone.
They are taken on a voyages that spans three-hundred years, back to colonial West Africa, where three little African sisters are kidnapped by Portuguese mercenaries and brought to the New World, where, separated, they are the seeds for three very distinct families;
The Mallorys, who retained their African racial characteristics and prospered despite them,
The Catashes, who long ago relinquished any ties to Africa and would go to any length, including murder, to stifle anyone who dares to remind them those ties; and
The Bourgeois, who have no idea of their African ancestry.
SKIN DEEP is a tapestry of interwoven stories and interwoven lives that crisscross like the warp and weft of a line Persian rug.
The suffering and degradation of slavery, the lives and advantages of the Free People of Color in New Orleans, and the ordinary everyday lives of African Americans past and recent, that are revealed in all of their color and condor as the three sisters, now old women, tell their descendents of their lives since their capture.
SKIN DEEP follows those descendents down to the late Twentieth Century.
Throughout, Wayne and Andy are trying to establish a lasting, loving relationship as they try to solve the mystery of the deputy’s murder and the other, subsequent murders in what may become a bloofbath for untold riches and political power. It will keep you intrigued until the very end.