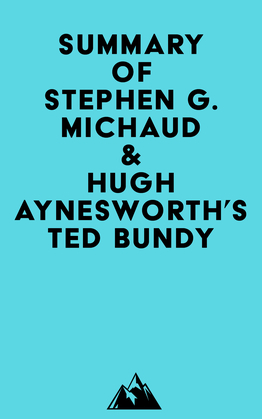 #1 The cases were interrelated, so to clear him of one would clear him of several, maybe all of them. Bundy was innocent, so we wanted to prove it. We split the work. Hugh went to the states of Washington, Oregon, Utah, and Colorado to retrace Bundy’s trail, while I went to Orlando, Florida, to attend his trial for the murder of twelve-year-old schoolgirl Kimberly Leach.

#2 My mother and I didn’t talk a lot about personal matters, except for the fact that she was extremely successful in high school and head of everything. I didn’t learn until much later that they had met that way - at a church social.

#3 I was a radio freak as a kid. I would listen to hours and hours of the Lone Ranger, Big John, and Sparky, and all that stuff. I would lie in bed for hours and hours, listening to news broadcasts exclusively.

#4 I was always concerned that I was underweight, and I never felt I fit in with the other kids. I was shy to introverted in high school, and didn’t have the role models at home that could’ve helped me with school.