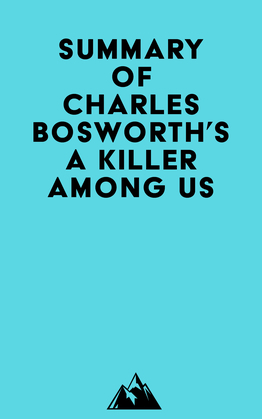 Summary of Charles Bosworth's A Killer Among Us

#1 When Mike arrived at the house, he found his wife’s body on the floor between the sink and the island. She was dressed just as he had seen her at work earlier that day. The side of her head was matted with blood, and there was no hope for survival.

#2 The next few minutes were a scene out of a horror movie as neighbors summoned by Mike began CPR on Elizabeth. The paramedics arrived and took over, cutting away Elizabeth’s blouse and bra so they could get to her chest. As they worked, Elizabeth’s blood-red hair was seen for the first time.

#3 The Van Iseghems were a family who had always been protected by their faith and love. They had never experienced crime or hate, and they did not want to start now.

#4 The Van Iseghems were a family of four daughters and two sons. They had grown up in Overland, a suburb on the western edge of the increasing sprawl of St. Louis. They had bought their first home in 1956. But Elizabeth’s arrival stretched the limits of the space there, and they moved in 1964 to a larger, two-story house just a few blocks down the same street.