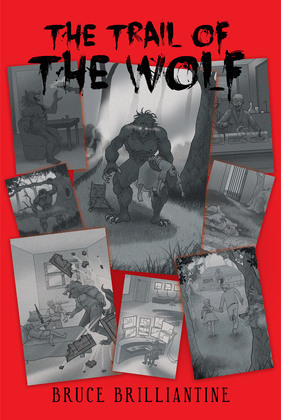 The Trail of the Wolf

de Bruce Brilliantine (Autor)
Comprar por 9,99 $ Extracto
Ficción Acción y Aventura
warning_amber
One or more licenses for this book have been acquired by your organisation details

When asked to do a summary of the above captioned novel, I think it is very important to know why I even wrote the story. It wasn't solely for entertainment purposes or to establish myself as a published author, although these would be nice accomplishments. Clearly, it was to present an exploration into the divisiveness of evil and how it plays out in the cultural and spiritual basis with which we tend to live in this society. I thought the use of the venue of a werewolf story would highlight mankind's proclivity or tendency to be drawn away by lesser gods or idols of our lives. I believe that it is true that there are good things we should pursue, and there are things that are good but not quite as good as others. How do we choose what is best for ourselves and others?

The hero of our story, Dr. Jordan Blaine, is continually faced with these types of decisions. Unfortunately for him, he doesn't know that he is being led away from his family and former life for a sinister purpose. He was targeted for that purpose from the very beginning by a superintelligent and crafty creature. As he follows the trail, he thinks he is going to put an end to a horrible monster who kills and eats children. The closer he gets the more horror and death he sees. It changes him and he loses a sense of who he used to be. In the end, he is just the hunter.

The adversary in the story is a werewolf. He is so powerful, intelligent, and divisive that no human could ever catch him. He leaves behind a trail of horror and death which is very easy to follow. The only way that he can be caught and killed is if the investigators enlist the help of the only person who has survived his attack. She's a nine-year-old girl called June. She has been infected and has also become a werewolf. She is being held by the government in a secure facility. She is just as intelligent and crafty as her opponent. She is one of the reasons that Dr. Blaine joined the government's investigation and hunt for the creature. It was because of what he had seen the creature do to her and her family. The other reason is that no one, except Dr. Blaine, had seen the creature and lived to tell about it. He was told by the government investigators that he and his family were at risk of being the next victims. When he considered both of these reasons, he had to join the hunt.

June and Dr. Blaine soon become good friends. It is with her help that he is finally able to confront the killer. Then he discovers that all this killing and horror were done for his benefit. He has not been the hunter as much as he had been the prize. It is at this time that Dr. Blaine realizes that he has been manipulated and groomed to accept this predetermined outcome. He examines the price he has had to pay. The loss of his family, his profession, and former life were just part of the cost. He finds he has been changed. He is a different person now with very few options left. Most frightening is the fact that this was all preplanned to bring him into the pack.