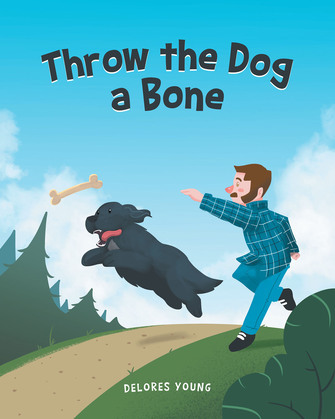 Throw the Dog a Bone

My name, the author, is Delores Young. I wrote this book, Throw the Dog a Bone. My imagination was inspired by the Irish holiday St. Patrick’s Day. I named the leprechaun St. Patrick, and that’s when the book became magical. A leprechaun wouldn’t be a leprechaun without magical powers.

It all started with a dog named Clover. I named him after the four-leaf clover. His owner, Mr. Tate, took Clover to the park to get rid of him because he lost his job, and his whole life changed, and he could no longer afford to take care of Clover. It was cheaper to throw that bone and tell Clover to fetch.

That was how it happened. Clover looked at the big, juicy bone. When Mr. Tate threw that bone, Clover ran as fast as he could to get the bone and make Mr. Tate proud. When Clover brought back the bone to Mr. Tate, he found Mr. Tate was gone.

Clover had to fend for himself. He ate out of trash cans in the park. The park attendant recognized Clover knocking over the trash cans. He decided to call the dog catcher. Clover was caught on sight. The dog catcher put Clover in the truck. That was a horrid ride for Clover, not knowing where he was going and what was gonna happen to him. This was Clover’s rock bottom.

Clover stayed down for a while. There was only one direction for Clover, and that was out. A dog trainer came to the dog kennel for a dog to train. Clover was not any kind of dog; he was an Ireland dog, a Newfoundland—just the breed Mr. Trainer wants. Mr. Trainer took Clover home and trained Clover to be obedient.

Two sore hearts apart were mended in this story. The leprechaun played a big magical part making that happen! The leprechaun and clover spent valuable time together. It was a lot of educational sightseeing in Ireland, seeing the sea creatures at the Aquarian Ocean World and learning the names of mysterious castles. Find out what keeps the grass so green and beautiful.