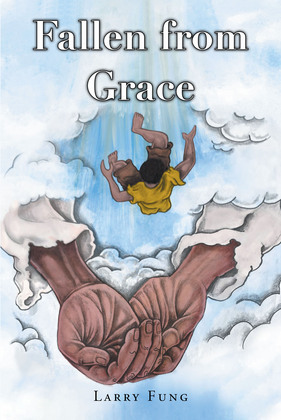 by Fung,Larry (Author)
Buy for $9.99 Excerpt
Nonfiction Religion
warning_amber
One or more licenses for this book have been acquired by your organisation details

In Fallen from Grace, Tyrone, a highly esteemed pastor and avid worker in the church, has found himself in a compromising position that has landed himself in a jail cell and his wife Shanice in hospital fighting for her life because she has endured physical and emotional pain. Tyrone was raised in church and personally learned in his younger years that we can become consumed in situations that can leave us broken and dealing with the transgressions of reaping from bad seeds that we have sowed in our earthly lives. Tyrone was into fast-street life and continuously fell short of God’s glory. Yet God continued to show him that He is faithful and a forgiving God. Jesus paid the ultimate sacrifice and died for our sins because His desire is for His people to live life more abundantly. God also wants His people to walk in obedience and trust His word because being obedient is better than sacrifice.

The Bible explains in Psalms 51:5 that we are born into sin and shaped into iniquity, but we are more than conquerors, and also in Romans 3:23, that all have fallen short of the grace of God, yet the mercy and grace of God are sufficient and will provide you with a guiding light in times of darkness. God’s guidance led Tyrone to a place of refuge where he met Pastor Tony, with whom he collectively shared an interest in seeking wise counsel and leading the people of God under the leadership of Bishop Jones. Deceitfulness clouded Pastor Tyrone’s mind, causing him to sin. Yet the Holy Spirit overshadowed his life and provided him with the privilege of repentance and the ability to receive God’s mercy and be saved by grace.