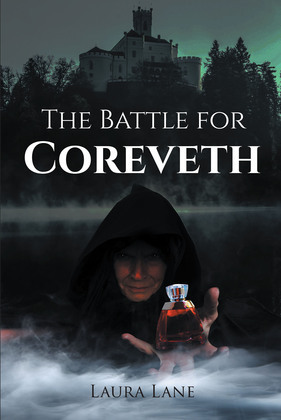 by Laura Lane (Author)
Buy for $9.99 Excerpt
Fiction Fantasy
warning_amber
One or more licenses for this book have been acquired by your organisation details

Coreveth was a beautiful country and home to a variety of nonhuman creatures: elves, ogres, dwarves, and the like. Until one day, four human fishermen stumbled upon it and turned that world upside down. They brought into the country more of their kind by the shiploads and built four kingdoms, appointing each a human king. After a few generations and two wars, the nonhumans found themselves forced out from the kingdoms they helped to build and unwelcome even in the country they had called home for as far back as they could remember.

Now King Richard, the leader of the purge of nonhumans from the kingdoms and the ruler of Kodia, sends his son, Prince Piers, to wed the princess of Oniraron and unite the kingdoms in his attempt to gain power and rule over the country. As the prince travels with his fiancée, his best friend and also the general to the Kodian army, the strongest of the country’s spellcasters, and a lawless forest dweller, he discovers the damage the purge has caused, how much control his father already has over the weaker kingdoms, and how their people suffer.

The people find hope in the charming words of the benevolent prince and in his promises to save them from his father’s tyranny. But are there darker intentions hidden behind his kind eyes? Could he be just as sinister as his father?

While there are those who vie for power, some are learning not to judge those around them by the positions they hold or the name of their breed.

After all, life is not a fairy tale, and the heroes do not always so boldly wear their crowns.

Not everything is what it seems.