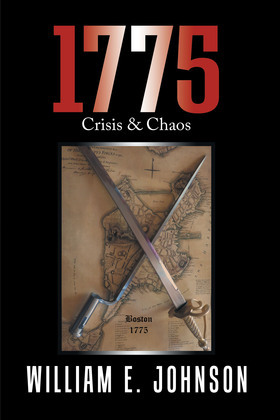 Crisis & Chaos
by William E. Johnson (Author)
Buy for $3.99 Excerpt
Fiction Historical
warning_amber
One or more licenses for this book have been acquired by your organisation details

With the crack of gunfire, a lead ball exploded into a redcoat sentry’s head on Boston Neck the morning of June 16, 1775. The next day more than three thousand men risked their lives on Bunker Hill. So begins William E. Johnson’s sixth in a series of seven historical novels about British subjects discovering they had become Americans. It is another mug of colonial intrigue brimming with sex, scandal, spies, and soldiers. Men were certain the battle on Breed’s Hill would end the brittle stalemate between more than ten thousand colonists and four thousand British redcoats in Boston. Little did they know General George Washington had been dispatched by John Hancock and the Second Continental Congress in Philadelphia to settle the contest. Meanwhile, scheming and conspiracies among spies and assassins create crisis and chaos throughout the American colonies.
Once again, the heart of this saga lies in the bosom of the common man—candlemakers, printers, sailors, soldiers, silversmiths, trollops, bartenders, ropemakers, merchants, doctors, and drunks. The British Crown persists in stoking the fires of rebellion with endless tyrannical decrees. The disastrous impact is personal for every American colonist. This is their story…and ours.
Travel back in time as you once again settle back near the hearth in the Snug Harbor Tavern taproom with a mug of hot buttered rum or dark ale. You now witness the first staged bloody battle for American independence in the pages of 1775: Crisis & Chaos.