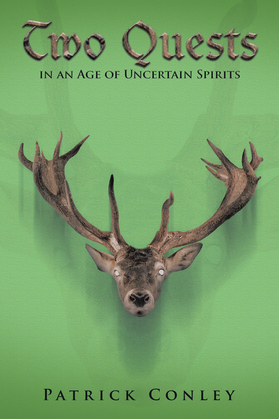 Two Quests in an Age of Uncertain Spirits

by Patrick Conley (Author)
Buy for $3.99 Download sample
Fiction Action & adventure Nonfiction Religion Oriental religions and wisdom
warning_amber
One or more licenses for this book have been acquired by your organisation details

The two tales portray some of the problems facing many American families: bipolar bosses, unemployment, cancer, the seemingly unending hustle for money, and adolescent children coping with the meaning of the puzzling adult world. In ‘67 Ford Mustangs: The Long Drives, the unemployed protagonist undergoes three journeys, including a literal trip to Hell and back. As he scours the country for ‘67 Mustangs to satisfy the fancies of an eccentric collector, he unintentionally comes across an epiphany. Likewise, in The Oracle of Here, the main character hears or thinks he hears an enigmatic message on his annual trip into the woods. He treasures a relic of this experience and turns to it for answers as he deals with a demanding boss, a potential involvement with an international prostitution ring, his wife facing cancer treatments, his children uncertain of where they are going and who they are.