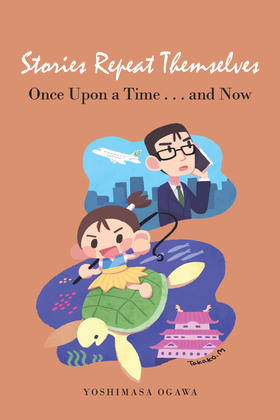 Once Upon a Time...And Now
by Yoshimasa Ogawa (Author)
Buy for $3.99 Excerpt
Fiction
warning_amber
One or more licenses for this book have been acquired by your organisation details

This book presents modern-day interpretations of old tales known to all Japanese people. The first story is connected to a famous tale of a young fisherman who was taken to the beautiful undersea palace of Dragon King by a turtle that he had saved. There he spent an extremely enjoyable time, treated to delicious dishes and entertained by beautiful girls. Indulging in the dreamlike life, he lost track of time and completely forgot about his life back in the fishing village. When he finally returned home, none of his family or friends were around. Then, he opened the treasure box that the king had given him as a farewell gift, and a plume of smoke came out and turned the young fisherman into an old man in an instant. In this book, a young businessman has a stroke of good luck and starts climbing the administrative ladder. While working at an overseas branch, he loses track of time and neglects communicating with his wife, who is struggling to raise their baby daughter single-handedly. Suddenly, a tragedy occurs, and he loses all the people he has loved.

In another story (related to The Woman of the Snow, a tale of a beautiful female ghost in the snowy mountain regions), an honest, hardworking woman is forced to punish her husband who neglects his responsibilities as a husband and father. Yet another story (based on One-Inch Warrior, an extremely small samurai warrior) describes a very small karate practitioner who turns an adversity into an opportunity. The author presents fictitious stories depicting contemporary Japanese people’s experiences. These new stories reflect the principal patterns in human nature and conduct illustrated in the old tales.