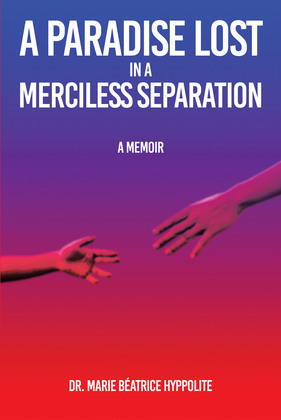 A Paradise Lost in a Merciless Separation

A Memoir
by Hyppolite,Dr. Marie Ba(c)atrice (Author)
Buy for $9.99 Download sample
Nonfiction Biography & autobiography Personal memoirs
warning_amber
One or more licenses for this book have been acquired by your organisation details

This book is about an abrupt separation between an eight-year-old and her mother. The story took place in Haiti during the time Duvalier was in power. Haiti had known nearly thirty years of oppression under the dictatorship of the Duvaliers, father and son. Papa Doc created the Tonton Macoute, a gestapo-like police force, to oppress the citizenry and make people do whatever his government wanted. Anyone opposing the regime was a candidate for death. Many people lost their wives, husbands, children, properties, and more to the Tonton Macoute. Unfortunately, that eight-year-old's mother was a casualty of this violence.

After the child witnessed her mother get arrested, she was left with no help, having lived with only her mother her entire life. She did not know who her father was at that time. One neighbor eventually came outside and took the child with her, and from that moment, the child's life was altered.

From her mother's paradise to a whole new system, that child experienced hell. The girl moved from one place to another; even her biological father rejected her. It was quite a journey, but because of the type of child the girl was, she did not allow struggles to bury her alive. She learned how to double her strength and be resilient. She let God enter her life, and with him she embraced life with grace, determination, focus, courage, and fidelity.

No one in this entire world is more resilient than her. She faced all the problems in her life with courage, dignity, and strength. Though life was unfair to her, she never gave up. She let nothing in life break her. Instead, she used misfortune to be strong and fight all the battles that life brought her way.

That girl understood that success was not a gift; one must work hard for it at the cost of pain, discipline, and perseverance. She took all the opportunities she had and turned them into something positive. Despite all the challenges, hatred, misfortune, and triviality she experienced, she managed to become a successful, respectful, and independent woman.