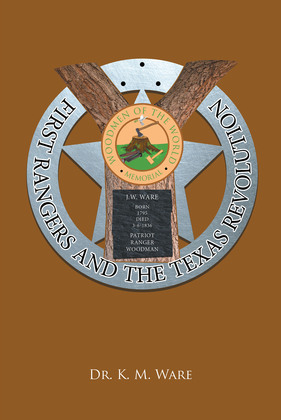 First Rangers and the Texas Revolution

In the early 1800s, John William Ware and Joseph Lindley each enter the Texas frontier with the dream of acquiring free land through grants provided by Mexico. They subsequently get caught up in the conflict between Texas and Mexico about legal title to the land. Mexico begins to lose its hold on Texas, and hostilities escalate. These ex-army veterans find themselves at the center of the fight for Texas independence.

John William Ware and Joseph Lindley spent about ten years in the US Army before coming into Texas. Associates of John's still respectfully address him as captain when he forms a company of men to defend landowners and other settlers in the hostile Texas frontier.

Their desire for land under Texas self-governance draws them into the revolution against Mexico, in defense of their right to these lands. Confrontations begin with the Fredonian Rebellion in Nacogdoches where these two men join forces for the benefit of Texas residents.

Captain Ware and Lieutenant Lindley bring their evolving company of rangers to assist Texas in the seizure of Velasco, Goliad, and Bexar. Generalissimo Santa Anna comes into Texas with a vengeance. He devastates Goliad and Bexar with a merciless massacre. Captain Ware and his rangers join General Sam Houston and the Texas Army to defeat and capture Santa Anna at San Jacinto.