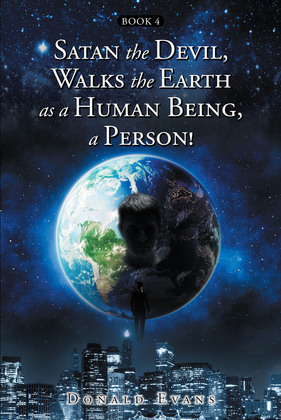 Satan the Devil, Walks the Earth as a Human Being, a Person!

Book 4
by Evans,Donald (Author)
Buy for $9.99 Excerpt
Nonfiction Religion Oriental religions and wisdom
warning_amber
One or more licenses for this book have been acquired by your organisation details

Satan is a man who walks and lives among us as a real person, yet a spirit appearing as a real person or human being! Only God can identify Satan in human form, also demons; those spirit persons without bodies do not possess transitional power as Satan. Demons cannot materialize, although they need human bodies to enter to perform their operation in the world.

Demons are real spirit persons with all human characteristics. Demons, now spirit persons, articulate as well as any human being internally and externally in or out of the human body!

Let no one fool you; even though Satan and demons are defeated foes, they still possess great power of influence over the world population because of human ignorance and lack of knowledge.

They see and hear everything we do and speak. They are with us and in your presence at this very moment spiritually or physically or both. Demon spirits are assigned to us individually, forever lasting, including myself twenty-four hours a day!

People, I stated earlier that they are spirited persons without bodies in search of human bodies to dwell in to perform the works of the devil. Once they enter human bodies, only the name of Jesus Christ and prayers can cast demons out or drive them out of whom they possess!

These spirit persons, now demons, that has entered and possessed human bodies as their own are causing people to act violently, committing and performing acts never before committed.

"It can't be expressed strong enough the reality of demon spirits are observing, waiting in the Earth's atmosphere for the opportunity to enter and possess human bodies to use as their own!"

This is for the world! All mankind are under their invisible attack, every man, woman, or child. Yes, children of all ages are vulnerable of demon possession. The spirit world does discriminate in age nor race nor people of color. All are vulnerable!

There isn't a person, dead or alive, that Satan or demons, those spirit persons, have not gone against spiritually or physically or attempted to enter by the power of the devil into the flesh of mankind, which many already has entered. Multitudes have no knowledge of their possession.

Satan's spirit enters a person's body, sitting in the presence of Jesus Christ, the King of kings and Lord of lords; imagine what his spirit person is doing to those that are lost in the world. Believe me, he isn't alone when he came to steal, kill, or destroy by any means.

Also, you'll discover today more people are depressed, obsessed, oppressed, or possessed, or under some kind of demonic power of influence and control than ever before, including Christians, believers, nonbelievers, atheists, agnostics, Muslims, and all other religions throughout the entire world!