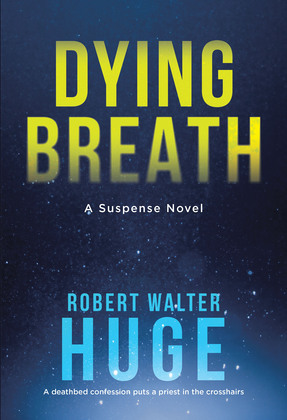 A Suspense Novel
by Robert Walter Huge (Author)
Buy for $9.99 Excerpt
Fiction Christian Thrillers
warning_amber
One or more licenses for this book have been acquired by your organisation details

Father Mike Lance relishes his role as assistant pastor of St. Olaf Catholic Church in Minneapolis. As a volunteer chaplain at the local medical center, he is witness to many a sordid tale. But when a gunshot victim dies in his arms, his calming hand and soothing ways are put to the test. For the man reveals something that has baffled the country for nearly four decades.

When the victim's daughter is thrown into the mix, Father Lance becomes part of an unseemly arrangement, for the seal of the confessional might surely be compromised. Finding himself involved in a mystery so compelling he cannot turn away, puts not only his priesthood in jeopardy but his life as well. He will need the grace of all heaven to see him safely through and then some, for what's that old expression..."God helps those who help themselves"?

Robert Walter Huge is a retired insurance executive who has turned exclusively to writing. "I try to write something every day," he says, "even if it's only a paragraph or two. The golfer spends hours every day with a club in his hand... Why? To stay sharp, but more than that, you have to enjoy what you do. It has to be more than just a labor of love... It has to be a passion."

It is obvious Mr. Huge is passionate about his craft, for it shines through in his style and in his characters. "Characters have the ability to fortify or weaken a story," he laments. "The strength of each character reveals the author's strength, a trait that can often be humbling."

Robert Huge lives in Minnesota with his wife Diane, their four children, twelve grandchildren, and great-grandson. "There are more than enough 'characters' in our family to satisfy several novels"--he laughs--"including me! There are definitely enough intriguing characters in Dying Breath to make it an exceptional read."