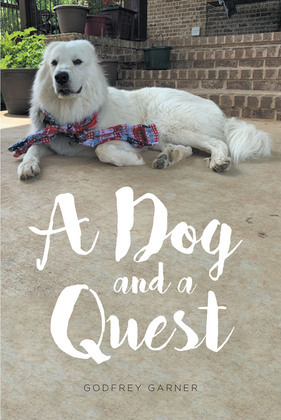 A Dog and a Quest

The idea that the nation's conservative, God-fearing, America-loving, military and police-loving men and women were disappearing at an alarming rate was just too much for Tom Dooley, the most formidable Great Pyrenees in all of the state of Mississippi, and a notable author on his own, to handle. When, therefore, such an idea was proposed, he was all too happy to pursue a quest, in search of such a missing people. Accompanied by his owner and friend, Dr. Godfrey Garner, affectionately called Poppy by him and the neighborhood dogs, he set upon a journey across America to find them. Along the way, he and Poppy met and talked to as many of the so-called missing conservatives, and to his surprise, they were not only "not missing," they were abundant. A Dog and a Quest is documented proof of such, complete with pictures and descriptions of the people, the road, and the pride one feels at meeting such wonderful fellow Americans.

Written by Tom Dooley himself, in the words of a capable, true, God-fearing, America-loving member of the "man's best friend" community, A Dog and a Quest is sure to win the coveted Puplitzer Prize for Literature.