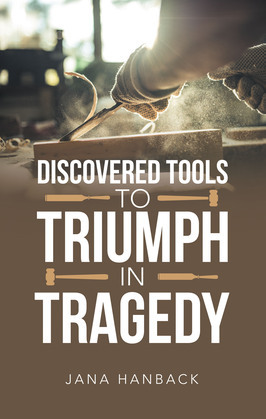 Discovered Tools to Triumph in Tragedy

After a move to New York in 2005, author Jana Hanback’s husband, Doug, lost a lot of weight. He visited the doctor, underwent tests, and was diagnosed with celiac disease. They changed his diet to eliminate gluten, but Doug didn’t improve much. Then, tests showed a small bowel obstruction that required surgery. On September 13, 2007, the surgeon came out to the waiting room and announced Doug had cancer.

Jana was paralyzed by fright, and she felt as if they were trapped in a horrible pit. Emotionally, darkness surrounded her. In Discovered Tools to Triumph in Tragedy, she shares eight tools—gifts, really—that helped the family triumph amid the tragedy.