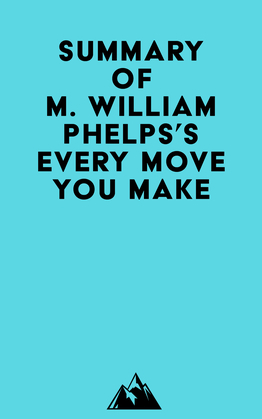 Summary of M. William Phelps's Every Move You Make

#1 On October 3, 1997, Tim Rysedorph, a drummer, met Caroline Parker, a singer, at a bar in Troy, New York. They started dating and seemed to be making a go of it. But some would later question the strength of their marriage, saying Tim could never do enough for Caroline.

#2 Tim and Caroline had lived in Mechanicville, New York, just outside Albany, for the first ten years of their relationship. In 1995, they had gotten into some rather large financial problems, and had rented a small two-bedroom apartment in Saratoga Springs.

#3 On Friday, October 3, 1997, Caroline paged Tim numerous times. She was worried about her sister's wedding the next day, and where in the hell her husband was. She eventually woke up and realized that Tim hadn't come home.

#4 When Tim did not return home that night, Caroline was frantic. She had his phone, but could not make out what he was saying in the background. She was jumpy and nervous, and did not know what to do.