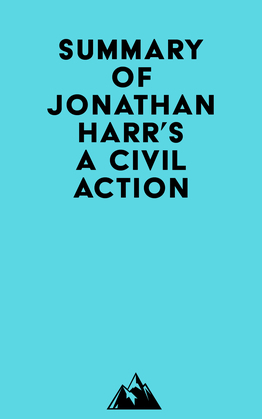 by   Everest Media (Author)
Buy for $3.99 Excerpt
Nonfiction Social science Political science Public affairs & administration
warning_amber
One or more licenses for this book have been acquired by your organisation details

#1 Schlichtmann had a Porsche loan that was several months in arrears. He had no idea if Baybank South Shore had been paid in the last several months, but he was sure it hadn’t. He called a man named James Gordon to handle his financial affairs, but he couldn’t get through.

#2 In the summer of 1986, Schlichtmann repossessed the Porsche of James Gordon, a lawyer, who had been involved in the trial of Anne Anderson.

#3 Schlichtmann was extremely nervous about the outcome of the trial. He was afraid that if he lost, he would lose something of far greater value than money: his confidence in himself.

#4 The jurors began arriving at around eight o’clock in the morning. They would conduct their deliberations in a small room at the end of the corridor, up a narrow flight of stairs. Schlichtmann would watch their every step.